Let me tell you a story about a small professional services business acquisition involving two similar sized businesses operating in related ends of the market. The steering committee for the integration included anyone with a ‘C” in his / her title…the cost from an hourly charge-out rate perspective around the table was considerable as was the intellectual firepower!

This was the third meeting of that group and I was somewhat surprised to see that it was scheduled to last for most of the afternoon. Our second subject of conversation was extraordinary…an ‘urgent’ decision on the number of car parking spaces required as a result of the deal and increased number of senior executives / potential visitors at head office. The committee spent a good 2 hours debating this and came up with a number of 36.

This decision was passed for implementation onto the Head of Facilities who promptly looked at it, laughed and made a recommendation based on current usage and potential requirements going forward…his recommendation was 27. The committee ratified this decision…job done! The process of making this decision took 6 weeks.

Beyond the banality of the anecdote, there is a key cultural / people / behavioural challenge at the heart of this process and it’s one which impacts many of the acquisition integration projects that I see…

The people who should make decisions stop and those who shouldn’t start!

Or in consulting speak, the current governance model stops working.

What’s going on here? What leads to this sudden abrogation of responsibility? Why the need to centralise when previously the organisation had a structure which mostly delegated to the right level?

From my experience, one thing sits at the heart of that organisational failure…let no one be in any doubt that what I’ve described is a recipe for disaster as the business slowly grinds to a halt and loses any capability it had around responding to customers, opportunities, competitor threats.

…and that thing is confidence. The willingness to make decisions is based on an individual looking at risks (corporate but in M&A in particular, personal) and considering whether making this decision is going to be career enhancing or career destroying. No matter whether he or she is sitting on the acquirer / acquired side, the possibility of losing influence at best or one’s job at worst as a result of a ‘poor’ decision outweighs every other consideration, with the result that the Peter Principle prevails (for those of you unfamiliar with this, it is the concept that people are typically promoted because of their competence in their current role as opposed to their potential capability in the new one).

Now imagine that for every middle management role, there are 10 of these types of decisions to make in an average quarter and you can see how, even with a small degree of insecurity, governance ceases to work….and with every poor decision, the confidence of employees / customers / suppliers is damaged, leading to poorer performance and value destruction of the core business.

In a previous blog (see here), I talked about the 100s and 1000s of small personal interactions as being critical to acquisition success. The same principle applies for failure… 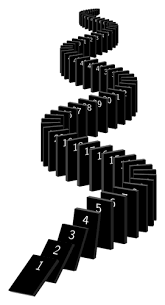